Hobby Lobby is living up to it’s extremist cult reputation, apparently supporting terrorism under the facade of collecting ancient artifacts.

I am a native of Alabama, and so I fully understand some of the undertow of animosity and consternation that decent people in the South sometimes feel about a past that we did not participate in and had nothing to do with. As such, I am frankly disgusted and fed up with the “good ole boys” who still think they can turn the clock back 100 years to a time, a country, and a way of life that simply doesn’t exist. It’s obtuse. 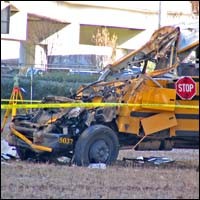 In Huntsville, the Lee High School Bus Massacre that happened on November 20, 2006 is exactly the type of “911” domestic terrorism event that is accepted as an “accident” because of the cultism involved. Never-the-less, this type of event cultivates acceptance of the government radicalization that we are now seeing. ALL domestic terrorism events must be recognized for what they are and investigated by Homeland Security in order to end the bloody crusades that underlie the events.

What About Kenneth Shipp?

I’m surprised that Shipp’s attorney’s didn’t pursue a temporary insanity defense. Although we know that the standard of insanity defense in the State of Alabama is so high, that it is virtually never successful. In my opinion, while Kenneth Shipp might have acted irresponsibly in some ways, and it does seem obvious that he picked up his gun and pulled the trigger, the aggravating circumstances add up to manslaughter and twenty years – not life in prison.

911 is over, ever’thing ain’t changed much. Get over it and let it go.

All the basic principles of good government, good media, and good citizenship are being turned upside down by obvious and glaring conflicts of interest.

Illegal Search And Siezure Of Texts By Law Enforcement

When I first noticed these illegal trends by “law enforcement” several years ago, I thought it was some kind of joke. You know, a training program about important values in our country, like a continuing adult education program. After awhile, the reality sank in deeper and deeper. Big Brother is playing no game. The attack […] 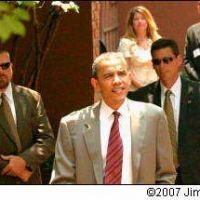 Rancorous maybe, but I really didn’t see the second debate as exceptional amoung debates. Obama did as expected. He sharpened focus and displayed more assertiveness. Romney was predictable as usual, flip flopping consistently. Neither offered any new information, and only reinforced their agenda in the debate. No wonder then that the media, and some of […]

The uprisings in Libya that left US Ambassador Chris Stevens dead are said to have been because of Islamic sensitivities over an Internet video satire of Moohamad produced by an American. Secretary of State Hillary Clinton seems to believe that the problem lies in the unalienable right of freedom of speech as recognized by the […]

(Whatever happened to the Hollywood movie “911” released a few months before 911?) Yesterday, and a few days before, the character “Bane” in the new Batman movie was scrutinized by news media as a deliberate reference by Hollywood – Warner Brothers, to Romney’s Bain Capital. Today, in the wake of the massacre in Aurora Colorado, […]