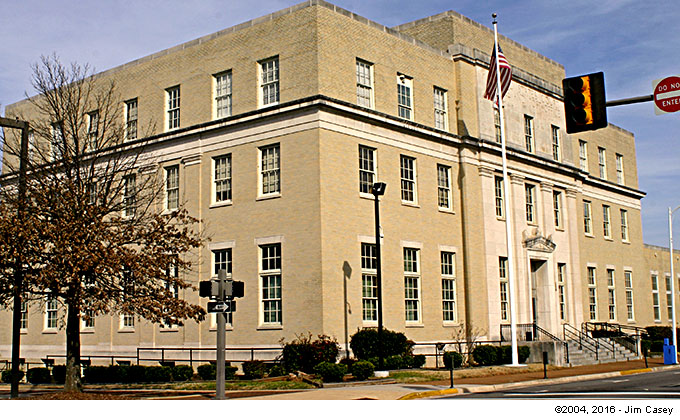 The Federal Courthouse in downtown Huntsville is where justice sometimes is not served.

For now, anyone thinking that a new day of justice has dawned in the Tennessee Valley will have to rethink. Last Friday, Madeline Haikala Hughes, the district judge in the Eric Parker, Grandpa take down case, only gave Madison Police Chief Larry Muncey a slap-on-the-wrist over his contempt charges in that same case.

In the real world, Munchey’s “punishment” adds up like this: A $2500 fine for someone whose salary is likely in the $100k+ range, is little more than a parking ticket for him. He gets paid time off, and must take continuing education classes as part of his job. Looks like a sweetheart deal to me.

And, I definitely mean that in the derogatory political sense. Because, in a case where an innocent man is facing lifelong injury, there is more than one indication of conspiracy on more than one level – at face value. It’s not a stretch to suggest that Munchey actually should be held accountable for Eric Parker’s malicious conduct against Patel, and that the malicious conduct was of conspiratorial origins in the first place. Perhaps Ms. Haikala has her own conflicts of interest with Mr. Munchey, and that perhaps indicates a problem separating church and state.

Eric Parker was acquitted twice, even though the evidence was obvious, also at face value. And, while Larry Munchey wasn’t actually on trial for Eric Parker’s wrongful behavior, the contempt charges against Munchey should have carried more weight in such a serious case. When placed in the larger light of the national crisis in law-enforcement, the trivial slap-on-the-wrist is tantamount to approval of the arrogant, racist, unjust application of law-enforcement we are witnessing almost every night on the evening news. Instead of signaling the immanent need for change and reform, Haikala added her own contempt to legitimate jurisprudence.

Given Larry Munchey’s prominence and relative wealth, the limits on the monetary fine are almost inconsequential. For principal, he should have been fined the maximum $5000. Guys like Munchey, however, don’t get the message until they face the starker reality. I would have expected thirty to ninety days in jail for Mr. Munchey, apparently his first offense, after which he would certainly have a new respect for the law. That he should be terminated, as the very guardian of the law, a police chief in contempt of court, goes without saying. Madison Mayor Troy Trulock can, and should, still rectify that mistake, and bring some legitimate degree of justice to the case.

District Judge Madeline Haikala Hughes, unfortunately, has illustrated on the next level why the legal system is broken and dysfunctional.

Unfortunately, the radicalization of American police will contribute more harm to the “war on terror” than they will help. Ultimately, the extremists in law enforcement intend to advance their own radical, unconstitutional, agenda and while they may not be in immediate agreement with the Islamic style radicals, they are often on a path that is parallel. 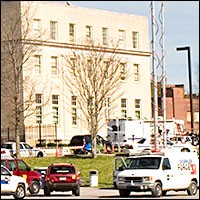 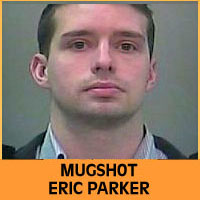