US District Judge Madeline Haikala Hughes has indicated her intention to prosecute Madison, Alabama Police Chief Larry Muncey, and his Captain Terrell Cook on contempt charges, according to media reports. A hearing has been set for March 22. Haikala is the Judge that after two mistrials granted the acquittal of former Madison Police Officer Eric Parker in the Indian Grandpa take-down case. Sureshbhai Patel was left paralyzed.

I have stated my opinion plainly, that is, Eric Parker is guilty of the civil rights charges that were against him and that it is obvious based on the highly publicized video of the event. The Judge, however, really was left no other reasonable choice in that case. Deeply ingrained racism apparently prevailed as the defending attorneys were able to stack the jury, twice, based on the individual biases which apparently were the irrational basis of the dead-locked juries.

Still, kudos to Judge Hughes for the where-with-all to proceed and follow-through with her attempts to bring as much justice as possible in the case. The contempt charges against the two Madison goons are said to have been over their discussing the case after the judge issued a “witness sequestration order.” Chief Munchey has claimed to whatever extent he engaged in discussing the case, that he was only doing his job.

Chief Munchey is like so many other police officers who have come to the conclusion that they are above the law when doing their job. The Chief’s jabberwocky was specifically prohibited, according to the court, and yet he felt it was his duty to protect those in his affinity group, his caliphate, and to influence an unjust outcome in the Eric Parker case – apparently in defiance of the court order.

In truth, that arrogance towards how to enforce the law is exactly what got Eric Parker in trouble to begin with. No doubt, the pervasive nature of training and indoctrination by his good ole boy buddies may have actually convinced him that assaulting Patel without a legal reason and leaving him paralyzed was the right thing to do. But, this isn’t 1955, and only fools and gang members could have made the mistake.

Neither fools or gang members should be police officers, and they sure as hell should not be Chiefs or Captains. Kudos Judge. 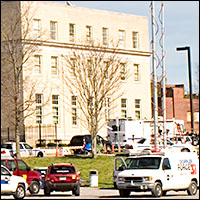 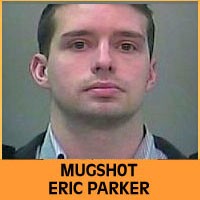