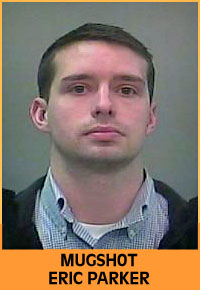 It came as no surprise last week when federal Judge Madeline Hughes Haikala granted acquittal in the case of Eric Parker vs. Indian Grandpa Sureshbhai Patel. Justice, however, has not been served. According to WHNT-TV 19, “The judge found that even the much-watched video of Parker taking Patel to the ground did not provide a clear picture of what happened in the encounter.” To which I reply, “hogwash.” It is plain to me, just as it is plane to any rational person, that the force used was ridiculous and unnecessary.

Judge Hughes did make one statement that is, unfortunately, correct. Again according to WHNT, “The Court has no reason to expect a different result in a subsequent trial given the totality of the evidence that the parties have provided. The Government has had two full and fair chances to obtain a conviction; it will not have another.” Additional reports indicate that federal prosecutors intended to try the case yet a third time, and frankly, I still would have supported that idea. The cold hard fact is that in southern culture today, there is still an abundance of deeply ingrained racism, and absolute “solidarity” among those certain types that hold affinity with the likes of dirtbag Eric Parker. Holding a third trial likely would end in the same, unjust, result. I was surprised, frankly, to hear some reports that indicated the jurors were actually leaning in favor of acquittal, when I thought it surely must have been just one or two looney goons that caused the dead-lock.

Eric Parker’s acquittal comes in the wake of other law enforcement officers throughout the U.S. that have also been acquitted of criminal charges, some of which are text-book examples of brazen, wantonly negligent, manslaughter – at the very least. In each case, Tamir Rice, Michael Brown, Freddie Gray, and others, the message is clear. Law enforcement has been granted a license to kill, even if it amounts to murder, with absolutely no fear of criminal repercussions what-so-ever. The Tamir Rice case is perhaps the most obvious, and the most egregious example of thugs murdering an innocent victim. In is unconscionable that in the United States of America, such a travesty can go unanswered.

Many will say that there has been enough punitive measures as a result of the injurious behavior of these “law-enforcement” miscreants. The pigs loose their jobs, and the cities get hit with major law-suits that often pay-out big bucks. But, that isn’t the point of the law to begin with, and it doesn’t instill the necessary checks and balances to forestall corruption in the municipalities where the business community runs the government, and the government is simply paying the cost of their doing business.

In reality, I don’t view the law enforcement problem as a “Black Lives Matter” issue. I see it as classicism, poverty, and economics. As such, many black folks would correctly state that poverty is often a result of being black, or at least an indication of the cycle unbroken from yesteryear. The argument is fair enough, but understanding the real underlying problem, which is that of jobs and living wage, transcends race. For the aristocrats, as long as the fighting is between two third parties, i.e. the disgruntled black folks who live in poverty, and the ignorant white police officers who hold allegiance to their branch of the family klan, the focus will remain somewhere other than the responsibility to distribute wealth and profits fairly unto the people who earn it, and the responsibility to create jobs, even at the expense of profits – in a business world whose very nature is unfair monopolistic industrialism. Please don’t misread that statement. The monopoly is not between industrial brands, the monopoly is between the industry, and the worker. What guy working for minimum wage can afford to build an automotive plant?

And here is the warning, because we have seen so many times in history where those workers simply don’t count. And, if they rise up, the industrial bosses, however they have been previously defined, simply vanquish the agitators through oppression. That is actually what is occurring in this country today – hence the backlash. But, NAFTA and GATT were inevitable, and as the hegemony has steadily flowed out of this country, and we can no longer count on the inexpensive products provided by the cheap labor in previously third world countries that are now modern and industrialized themselves – the middle class has deflated along with the trickle down of it’s increasingly diminished or non-existent discretionary income, leaving more and more in poverty beneath them.

From their own perspective, the middle class sees this threat, and in order to fight against the tyranny of economics they are beginning to feel, they started a movement called the “TEA Party Zealots.” The trouble with the TEA Party Zealots, is that their indoctrination, and their allegiance, is to their own kind, and their own kind of politically correct. They are part of the industrial complex that teaches them to speak no evil of their employer, and besides, they have a pretty good chance of at least some upward mobility if they will just keep their mouths shut when it comes to the larger picture that involves economic parity and distribution of wealth. So, instead of expecting responsibility from multinational corporations who wallow in windfall profits, they look to the seedy neighborhood on the other side of town, and the lazy deadbeats there who simply need to get an education and find a job, to blame for their insecurities.

As it turns out, the guys in the neighborhood across town, are really hard working folks who can’t even pay the basic bills on the incomes they make at their minimum wage jobs. Then along comes a nut who echos the familiar refrain of education and self-improvement, while ignoring the reality that even if some of the downtrodden individuals will be able to do exactly that, there still exists large economic sectors where the jobs have to be filled, and someone is still going to be working for what amounts to slave labor wages. Those people are really tired of acting in good faith, and since the TEA Party Zealots continue to be unreasonable, cut-throat and delusional, they have determined to solve the problem by advancing socialism, or worse yet communism, which ultimately won’t work because of the same corruption on the aristocratic level.

So, as Barack Obama the first almost black president, nears the end of his term, we are engaged in a great presidential election, where both those sides have become all the more hard nosed, all the more extreme – and because, hell-no, ain’t no one forgetting nuthin. Along comes Donald Trump, who appears to be a businessman, but have no doubt, he is all West Point. The trouble is, the TEA Party Zealots have had the upper hand to begin with, and in anticipation of the first black president, they stacked the deck in law-enforcement organizations all over this country – not just with their own kind, but with the most extreme amongst them. The ignorant pig has been indoctrinated from the time of boyhood, and he doesn’t even know how extreme he really is in his own community. It is a closed culture. In fact, moderate conservatives in the community often have no idea how extreme the law-enforcement “brotherhood” and solidarity have become. It isn’t even much of a stretch to say that the “phenomenon” of “untouchable” law-law enforcement has in-fact resulted in a caliphate of it’s own.

Mr. West Point is an aristocrat. And, he has to figure a way to keep his money, and make the aristocratic class happy, while pacifying the working class and the Zealots. The Zealots are correct in that dissolving the constitution is the worst possible course to take. Because, they believe in constitutional rights for EVERYONE – as long as you already live in their neighborhood. The Socialists (there really is no such thing as the “Democratic” party anymore) however, have been pushed to the limit, and can’t continue to tolerate economic tyranny, and are more than willing to throw the baby out with the bath water, for what will ultimately prove to be short-sighted and short-term gains.

And that is why, the legal system that is now allowing police officers to become a caliphate, enemy combatants, or mercenaries if you prefer, for the business community is a very serious, and very dangerous trend that should not be allowed to continue. Municipal officials all too often allow law enforcement to run it’s own show. The mayor don’t care, as long as business and development is unimpeded, and the boys in blue are “professionals” and understand who they really work for. It isn’t constitutional democracy. And it now appears it isn’t sustainable. And I wonder, will an all out race/class war really be in the best interest of the community, or for business profits?

Eric Parker should have gone to jail – where he, and the rest of his caliphate, belong.