In the column Barack Obama’s Mea Culpa Shake Shake Shake I said two important things: 1) guilt by association shouldn’t be the end of the investigation, and 2) I honestly don’t remember who made the suggestion to include the handshake on the class ring that would prove to become incriminating of the Lee High School bus murders.

However, looking back at those days, and doing some additional review, I can extrapolate some very, very interesting information and likely possibilities. First, it is highly likely that the suggestion came from one of two people. Lisa Love, who held the class office of secretary, and who was the daughter of senior class sponsor Jo Anne Love. Ms. Love the sponsor was a wonderful lady, but in retrospect, it is plain to me that she had prescient knowledge of the city schools child molestation & human trafficking ring previously mentioned, and that she used her influence to help set the stage, and therefore added choreography to the event. It is very likely that she had the “insider” knowledge, and that she passed that knowledge through her beloved raven haired daughter – Lisa. Lisa married a TV mogul after school, and later failed at her attempt to sell laundered goods. 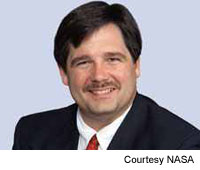 Even still, it is perhaps even more likely that the class vice president, Bruce Askins, was privy to the information, and that he passed it on hoping to win acclamation within one of his many, superficial, affinity groups. The trouble with Mr. Askins, is that he was well known in high school as being a pathological liar with a lean toward delusional, and after reviewing some of his information on the Internet, this fact is confirmed. Biographical information provided about Mr. Askins is very inconsistent with the information he provided to me at the ten year class reunion, and whether he was lying then, or lying now, I don’t know. Either way, the propensity for dishonesty that he established in high school, clearly followed him into adulthood.

One curious notation says Mr. Askins is a native of Fort Rucker. While I suppose it’s possibly true he was actually born there, he certainly grew up in Huntsville, went to Butler High School, and is a product of Huntsville City Schools. A half truth on his part, at best. It it also interesting to note that Mr. Askins declares a storied career at NASA that reads like a lot of hooey, with the most remarkable achievement being that of the overseer of disastrously blown-up rockets. The now diminutive space agency never has been my thing, but I suppose any publicity is good publicity on that plane. Still, it all sort of reminds me of Carly Fiorina.

Backing up a little to tell some more of the story, the four class officers of the senior class were also the four class officers during our junior year as well. This is an important point because when it came time to declare candidacy for Senior class office, Mr. Askins expressed his expectation that I not seek another term. Apparently, he had been convinced by his rather small cable of friends that he was more deserving, and that I, for some unknown reason had already, essentially, been deposed. Well, I just shrugged it off and attributed it to some of Bruce’s usually delusional rantings, and went about building consensus among the other officers that we should all four run again as a team. Agreement was reached, and Bruce was apparently, as they say, humiliated out the ass. While he could have run against me, he conceded and remained in his place as vice president.

Apparently, Mr. Askins curiously thought of me as being something of an imbecile. While I was certainly not the valedictorian of the class, and according to some accounts neither was the valedictorian for that matter, I was still a fairly intelligent and successful scholar, albeit with my own peculiar deficits, which were largely due to the psychological and physical injuries I suffered while in elementary school. Ironically, upon the occasion to review one of Mr. Askins written school reports, I found myself heartbroken for him, because while he was about to graduate high school, his writing skills were substandard – about the fourth grade level. Chalk yet another one up to the social promotion of football players.

Some of the other curious inconsistencies in Mr. Askins biographical information are the omissions of his assertions that he was an EMT, had worked for HEMSI, and had worked as a security guard for Huntsville Hospital, etc. Well, I don’t personally put everything on a resume, but in retrospect a new picture comes to light about what may have been Mr. Askins motivations, and expectations, when he attempted to overthrow my run for Senior class president – and would explain his otherwise inextricable humiliation.

The four young women from Lee High School who died as a result of what ultimately was an act of domestic terrorism are: Christine Collier, Nichole Ford, Tanisha Hill, and Krystal McCrary.

It now appears that Bruce was looking forward to the conspiracy event, of which I had no knowledge, the Lee Bus crash, and wanted to derail my candidacy in order to paint me into a villainous box. He would be the hero, or the anti-hero, depending on your moral and ethical take on the conspiracy and blood sport. He must have been thinking, if he could only take the reigns he would get credit in the Butler vs. Lee “game.” Of course, conspiracy to commit murder is not a game, and while I am fully aware there are those who get a kick and a chuckle out of such things, I am not, have never been, and would never want there to be room for me among those barbaric cretins.

But, Mr. Askins, apparently felt there would be longer term professional benefits to his attempted coup. Many who followed the Lee Bus crash event will recall that Don Webster, CEO of HEMSI, gave an interview where he essentially offered his own mea culpa declaring the event to be “our 911” as though the murderous crash was nothing but a good training exercise for his EMTs, There is also the sign erected on Church Street as a monument to the four young women who were killed declaring “the total collaboration” of community leaders – wink, wink. It would seem that Mr. Askins wanted in on all that, and the biographical omissions now seem to indicate an effort to cover his public tracks. 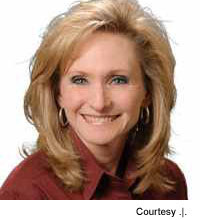 Just one more thing. Bruce and I remained “friends” for a short time after graduation, and I was asked to be in his wedding party. Bruce married a girl named Lisa Chambers. It would seem that Lisa was somebody’s little princess from the Chambers family bottling company once located in downtown Huntsville. I.e. “The Coke” plant. At least, that was one of Bruce’s stories at the time. As of now, I can only confirm her first name, all her background seems to have been expunged, and is nowhiere on the Internet. 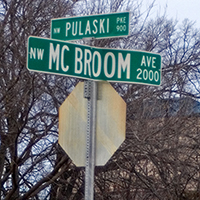