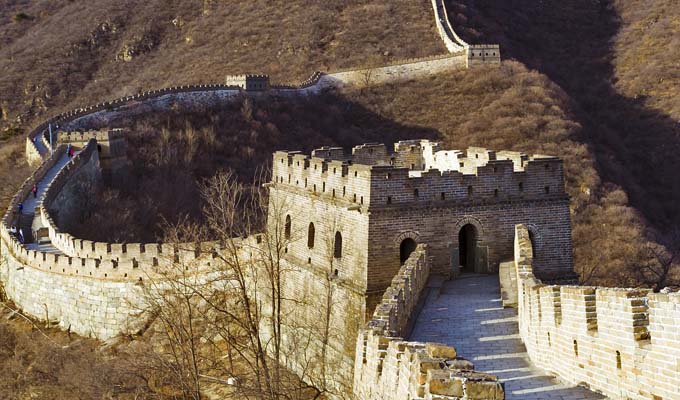 Mr. Trump, Build The Great American Border Wall And They Will Come

I‘m not really a big fan of the government shutdown, but the warfare by the Pilose regime has really gone off the scale. It’s obvious that Pilose and her comrades are no longer thinking in terms of the best interest of the United States. They are towing a party line for the sake of their self-serving party agenda. And again, Mr. Trump cannot allow that childish self-centric emotionalism to be the basis for national security. Fortunately for the government workers who are affected by the shutdown, their jobs are among the most secure, and they can count on finally being paid, and that they will in fact have that job to go back to when the dust finally does settle. They can bank on it.

In the mean time, Nancy Pilose may be the President of California, but she is not the President of the United States and she does not have standing to give President Donald J Trump ultimatums on what must be done in this country. That in-fact remains an important part of the equation because her authoritarian belligerence is simply not acceptable when dealing with the preeminent leader of the free world. The ultra-liberal insurgency must be put down. And, the wall nevertheless must be built.

Still, Mr. Trump I think has made a huge mistake. The wall should not be built using steel, it should be built using rock and stone – like The Great Wall of China. The China wall is more than 13,000 miles long and all we need is about 2000 miles. When put into perspective, it really does begin to also look like a case of saving our International face. Why should we build an ugly, strictly utilitarian wall out of steel?

Instead, if we build a wall like the one in the picture above, it will become a tourist attraction. It doesn’t have to be exactly like The Great Wall of China, but if modeled in it’s shadow and using modern techniques and amenities, it would become one of the most popular attractions in all the World. Tall enough to do the job, but wide enough for people to walk on. Plenty of room for tables and chairs, pubs, restaurants pool halls, beer joints, gift shops and anything else that tourists are likely to be interested in – and spend money on. Given the fact that much of the territory where a wall is needed is arid, barren desert wasteland, building a wall that is also an attraction would be nothing but good for the South Western States.

Instead of “Six Flags” it would be “Two Thousand Miles Over The Border.” It would become a new hiking destination that would rival worn out trails like the Appalachian Trail. Groups could take day hikes or week long backpacking trips – right on top of the wall. Tourists could toss snacks, bottles of water, Beenie Weenies, blankets and other humanitarian essentials to the hoards of illegal immigrants who didn’t get the message in time. Some parts of the wall could be wide enough for straight line go carts tracks and putt-putt courses. Some of those big corner stone buildings could even be hotels and resort type rooms for rent with swimming pools. Sub-letting areas of the wall for commercial use would create income for the U.S. Government. It would pay for itself over and over again.

There’s no doubt about it, Mr. Trump, you’re underselling this thing the wrong way. Just tell Pilose that she’s going to get a fabulous Disney World like resort. How could that be anything but good for everybody? Plus, in another humanitarian gesture, many of the hordes already camping out along the border can be conscripted to actually build The Great American Border Wall – as long as they return each evening to their side of the border. Everybody wins.