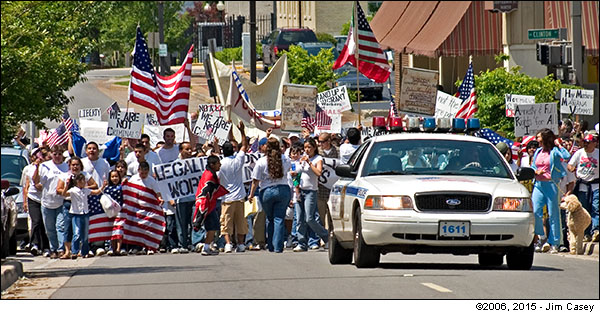 After publishing my last two columns “Eric Parker – Madison, Alabama Police Officer | Mistrial, Miscarriage, Gangland Thug” and “Darren Goforth dTIRRd By Miles & Miles & Miles | Pigs Don’t Learn” I was disgusted and dismayed to see a story on CBS by venerable pundit Steve Hartman. Steve had somehow managed to find a kid who had expressed chagrin over recent news criticizing police. He was so worried he asked his mom if the police were still the “good guys”. Long story short, the kid sacrificed his own birthday to throw a thank you party for the police in his town. The kid wants to be a policeman someday. Good for him, I think he might do a good job.

However, I noticed several problems with the CBS “feel good” story. First, CBS hasn’t done a very good job of actually reflecting the problems in law enforcement. And this story, apparently timed to “smooth over” animosity towards police, seemed to fit the pattern a little too closely. I also noticed that the story was apparently cast among white folks, in a white town, with all white police officers. What you see on TV isn’t always the complete picture, but that is what the story showed. And, while the kid had sacrificed his own birthday party, because they “couldn’t afford” to throw a thank-you party for police, it didn’t exactly appear that the family or the party was wallowing in the cradle of abject poverty.

Don’t get me wrong. There is a time to acknowledge a job well done, and to thank those who show courage in doing their job to make the community a better place. The trouble is, this isn’t the time. Part of the reason this isn’t the time, is for the reasons I talked about in the columns about Eric Parker and about the Texas loudmouth Ron Hickman – essentially that law enforcement hasn’t yet conceded they have a problem, and therefore haven’t yet shown contrition for the problems they do have.

I recently commented to some friends about an ultra-liberal fascist here in Huntsville named Clete Wetli who works with the homeless and has a decidedly neo-Nazi perspective toward some of those he is charged to serve. Clete had premised some of his ugly remarks on the newly revealed fact that he is Jewish – as though that gives him license to be that which he ought to despise. To my friends I said that his being Jewish makes no difference, there’s a bad apple in every bunch.

And that is also why this is not the time to celebrate the accolades of law enforcement. CBS seemed to insinuate with the sheepish well meaning kid who sacrificed for the greater good – that the problems in law enforcement are just a few bad apples. The truth is, the problems are much more systemic, deeply ingrained, and a threat to the peaceful well being and prosperity of this country in the short term. In the long run, they are undermining the very constitutional infrastructure that enabled the feel good fantasy enjoyed by some sectors of society, that are in fact out-of-touch, disconnected, and totally delusional.

Then, I found this story in the New York Times just yesterday. The story reveals a program that uses “algorithms” to predict who is going to commit the next crime, and then the police officers turn up the heat by threatening the perceived ring leaders with any little thing if they get out of line.

“Police Program Aims to Pinpoint Those Most Likely to Commit Crimes”
“The next time they, or anyone in their crews, commit a violent act, the police will come after everyone in the group for whatever offense they can make stick, no matter how petty.”

I’m no fan of violent crime, but this gestapo like mentality, and method, is clearly over-the-top. The methods being used are fundamentally unconstitutional. The notion that the “police” can threaten people who they have decided to harass is brazenly illegal. The scheme reeks of entrapment, denial of due process, unwarranted surveillance and disrespect for individual liberty and freedom – and a total lack of tempered judgment in dealing with individuals, instead resorting to attempts to heard people like a group of cattle.

It seems to me that in many ways, law enforcement has often already become enemy combatants. Maybe the parents of the birthday kid were right after all, maybe we can’t really afford to be throwing thank-you parties for the police until they clean up their act.