Well, I don’t know anything more about Neil Gorsuch than what I just saw on TV during President Trump’s news conference nominating him. Still, I do have a few thoughts. 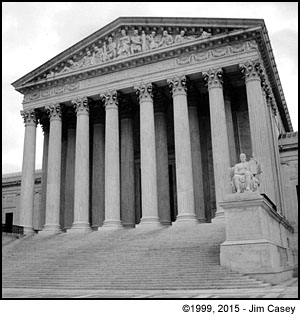 All in all Gorsuch seems like a good choice to replace Scalia, well educated, consistent, and even tempered. Unfortunately, his one notable credential is exactly the one that I consider to be one of the biggest dangers to our constitutional jurisprudence, and a violation of Church and State separation – the fact that he sided with Hobby Lobby expectation that the ACA be tailored to conform to their religious cult beliefs.

Hobby Lobby didn’t want abortion to be a part of the coverage their insurance provided. It’s not that I would support abortion, and in fact I am totally opposed to federal funding of Planned Parenthood. In my view, however, Hobby Lobby is a commercial business doing business in the public market, and anyone fitting that description should not be allowed to have a business license unless they follow the public rules, not their religious cultism, even if I don’t happen to like it either. The trouble is the slippery slope of public access and denial of service for arbitrary reasons by any such organization.

I also wonder why democrats are apparently planning to block the nomination in apparent retaliation. Trump is president, Gorsuch will be confirmed, or the next guy, or the next guy… can the democrats really hope for someone they will like better? Doubtful. Democrats are continuing to maintain a delusional expectation that they can just throw a tantrum and take their ball and go home if they don’t like what the other half of the country has to say. Bad news, Trump is the quarterback now.

Finally, it slipped my notice that all the current Supreme Court members are either Catholic or Jewish. Well, that shouldn’t enter into the equation any more than it should for a shopper at Hobby Lobby. Even still, as a protestant who considers anyone not protestant to be a cult, I think it’s good to maintain a balanced perspective on the court, and really there should be more protestant representation. 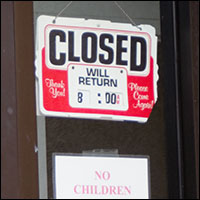