Well, I’m not the smartest cookie in the jar, but I think I can safely say that the Republican “repeal Obamacare in phase’s” is pretty much the crop and chop mess that I have previously said is contraindicated. It is, however, Obama’s fault. He took the knee jerk approach of “get healthcare, any healthcare, and get it now.” And it became the imploding mess that I, and many others felt it would.

So, it is what Trump’s cable was elected to do, but it doesn’t mean the way they are going about it is in the best long term interest of the country. One USA Today story suggested Trump’s coalition has been orchestrated to “endure.” I doubt it, but never under-estimate the power of what I refer to as “Diversity Fascism.” Not necessarily relegated to black folks it is, however, an Uncle Tommin’ Ben Carson specialty. Carson is the leader of a violent sexually predatory ethnic cleansing cult – the SDA or a militant branch thereof. The point being that “civil rights” don’t matter even to black folks as long as the Diversity Fascism branch can holler loud enough to Trump all the others that don’t pass the paper bag test anymore.

However, I don’t think the Diversity Fascists that call themselves conservatives and align with Trump are going to be able to pull another four year term out of the hat for Mr. Trump. In fact, I figure he’s got two years until the mid-term elections to get the job done – after which he will look like a hanging chad on a lame duck’s…

How unfortunate. But then, we’re back to a realigned Democratic party president in 2020. While they will realign, the biggest topic they will still have on their agenda will be universal healthcare. By then, we are approaching the final shift in US demographics that will actually mean the Republican’s will also realign. They too will be embracing universal healthcare. In truth, the Democrats already are the liberal branch of the Diversity Fascism movement. They are the most inclusive rainbow coalition the earth has ever known, until they start throwing people overboard who might not happen to agree with them – in which case we have evidenced their propensity to show their love and compassion for humankind with violent protests that squelch the very constitutional freedoms that made their rise to liberty, and healthcare, possible. And then, wallah, the Diversity Fascism movement will be in charge of both parties, whatever they may be called at that point.

Naive and gullible me, but there’s still an epiphany that I’m headed for. Here’s the problem. In today’s world, with the sophistication of computers, statistics, advanced planning, genomics and so-called risk management, health “insurance” of any kind boils down to ethnic cleansing, genocide and holocaust – or it will. At that point, there are some old concepts (here’s the naive and gullible part) called morality, ethics, and integrity. If healthcare is all about money, and it is, the conclusion of healthcare will be the biggest genocidal, ethnic cleansing program the world has ever known. It’s amoral.

There truly is a paradox in the equation. Because, saving money leaves more money to spread around, and that then alleviates the pain and suffering caused by the “violence of poverty.” That’s where the “liberal” Diversity Fascists get on board their own boat of naive and gullible, because if they continue to follow that side of the equation, they will all be programmed walking talking robots that have been genetically engineering for a specialty task. There won’t be any “procreation.” Someone will simply put in an order for a certain quantity of test tube engineered human drones that will have the exact level, and the exact type, of physical dexterity and intellectual capability, to do the job they were stirred and shaken for.

This isn’t science fiction anymore. Apparently, it is already being done. This is exactly what some people want to happen because they see themselves as above the fray with a bank account full of money made on the efficiency of their new found brand of human servitude. Even still, I think if most people in that category had a scope not quite so myopic, they would reevaluate and agree with me.

And that’s why the crop and chop mess is contraindicated. The mess will allow healthcare to remain unregulated in ways that will facilitate the genocidal designer engineering nightmare described. It is amoral. The bottom line is that healthcare “insurance” must become completely, or nearly completely, obsolete. This won’t eliminate the potential for the abuses. It will make the abuses harder to get away with, and provide a foundation that can more easily be understood so that the “common people” Mr. Trump claims to represent will have an opportunity to provide their feedback.

All that having been said, this is the time to build that foundation. If the Republican’s don’t see the inevitable future, and they continue with the crop and chop mess, we will go further down the amoral and inhumane road of all encompassing fascism. If the Republicans fail to facilitate an approach to healthcare with integrity, the Democrats will inherit the crop and chop, and they aren’t likely to get past their own Diversity Fascism to truly make healthcare humane.

The goal should be universal healthcare. Not universal insurance. To accomplish that goal, it will have to be uniform, equal and fair, and therefore administered from the federal level. States don’t need to expand medicare or medicaid – they need to turn it over lock, stock, and barrel – to the federal government. All the bullshit then goes away. EVERYONE gets basic, simple healthcare provided free of charge, with a reasonable deductible. Heroic healthcare will always be problematic, and may be unaffordable on that scale. Start off spreading the benefits thin like butter on toast – but equally to every US citizen. Pay for it with federal tax dollars. No earmarking, no strings attached. Then, individuals can invest in their own supplemental “Cadillac” plans.

Adjustments can then made on a universal scale, and the entire Medical Industrial Complex will be regulated by the federal government. All the insurance agents that will be put out of work, can get a government regulator job. No more rich doctors or windfall profits for greedy malfeasance.

What’s complicated about that? Trump… just do it. 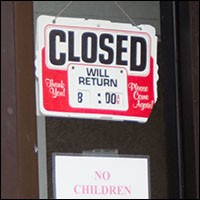