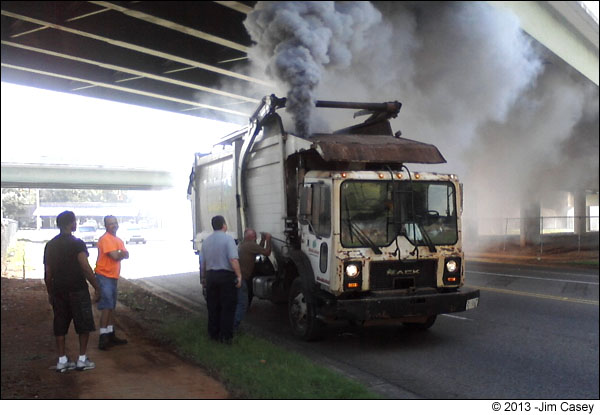 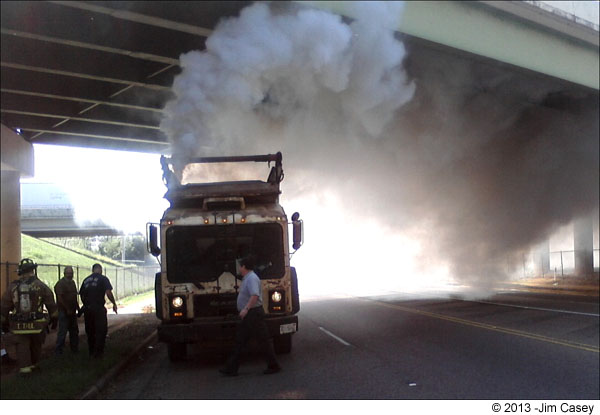 This was the scene just about an hour ago, about 10:30a.m., on Pulaski Pike in Huntsville.

I first saw the smoke as I was traveling east on Holmes St. Traffic was slowing down and stopping in both directions. At first it looked like a residential house fire, which I’ve seen before. As I got closer, it began to appear it might be a train on the track near Woodson St. Finally, as I got close enough to see, it was this waste truck billowing smoke out of it’s own 6″ smokestack.

Although ultimately there was no fire, the smoke was so thick that there was zero visibility on Holmes and Pulaski in the direction the wind was blowing for about 50 yards. There was even so much smoke that traffic on the Parkway ramp that merges just above there was also slowing down to a crawl.

The fire department arrived about the same time as I did, quickly shutting the vehicle down, which was apparently dieseling out of control. The smoke, which had been billowing for about fifteen minutes, stopped quickly, and apparently as already noted, there was no actual fire.