High Speed Chase The Heat Is On 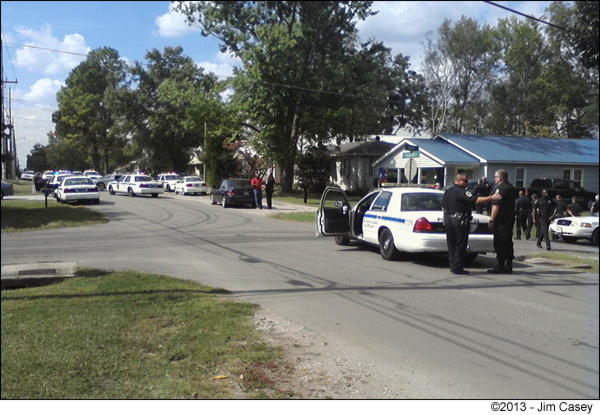 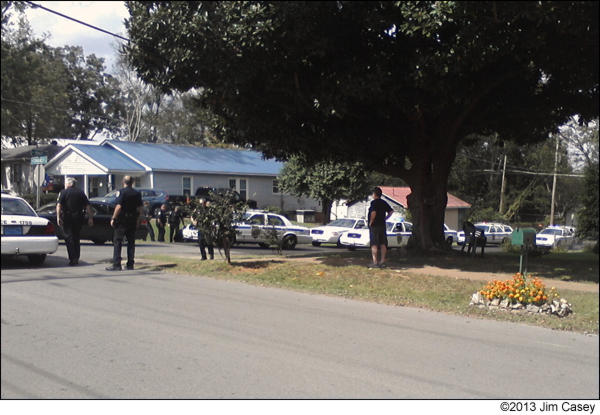 Have you ever heard that joke about going to a fight and a hockey game breaks out? Well, in the light of a recent column I wrote Yes Virginia I Am Still A PROFESSIONAL Journalist a different manifestation of that “joke” occurred as I was riding my bike through the Five Points area today. However, nobody was dying from laughter. Fortunately, nobody died at all.

As I was strolling down the street, I looked down a side street to see a police squad car, sirens blasting and lights flashing, speeding two streets over and parallel to me. Next thing I know, down the street I’m on comes another police vehicle, and before you know it, the entire area is swarming with cop cars. About the time I could see their posturing, which was about the time I became certain it wasn’t me they were after (this time), it became apparent they were attempting to coral what appeared to be a high speed chase.

Then it looked like some activity was coming my way so I got off the road and took cover behind a tree. Now a cop comes from the cross street slams on his brakes gets out and pulls out two long duffels, and I’m thinking here comes the high powered rifles. So, I look for a larger cover and hunker down behind a car where I can move around to whichever side is away from the immanent gunfire about to cut loose.

But of course, the cop is only pulling out spike strips in order to blow the tires and disable the getaway vehicle. Then about thirty seconds after that, sure enough, a vehicles comes screaming down the same street, with three cop cars bumper to bumper, on his bumper, all flying along going at least 20 mph. He sees the obstruction ahead and makes a turn getting away in a different direction. The cop with the spike strips quickly packs up and moves to a point farther up the road, and I figure now is the time for me to exit the area altogether.

It wasn’t to happen. For the next twenty minutes or so, the getaway vehicle screamed up and down one street and then the other, going sometimes what must have been 25 – 30 mph. Sirens still blaring, cops buzzing everywhere. Some bystanders later indicated the man driving the vehicle was armed with a cell phone and was engaged in a conversation with somebody as he deftly maneuvered along at a speed slower than most residential traffic in the area.

Finally when I thought the chase had ended some blocks away, I was able to make a turn and head back in the direction I intended. When I did, I found the scene in the photos above. In all, there are at least 15 police vehicles in the pictures, taken at the same time. There were an additional 5 – 10 police vehicles at strategic points in the neighborhood ready to block any attempts to exit.

When I got closer to the scene, other bystanders indicated the man in the fleeing vehicle had been on the phone talking to his dad. His dad was now on the scene, and in fact when he did finally come to a stop and surrender, it appeared to me that it wasn’t because of spike strips, but because his trustworthy witness was now within 10 yards. The driver was apparently unarmed, but was pepper sprayed upon removal from the vehicle. After sitting on the ground for a few minutes he was checkout by HEMSI paramedics, and finally cuffed, arrested, and taken away.

I have no idea what the original infraction was in this incident, but the entire scene seemed rather bizarre to me. I can’t imagine the need for 20 to 25 police vehicles for someone simply refusing to pull over, without any immanent threat or dangerous high speed maneuvers. Well, so I say I’m a journalist. But, this isn’t my forte. Jeez, how was I supposed to know a high speed chase was going to break out while I was on my bike ride. Maybe the mainstream news will get it this evening.