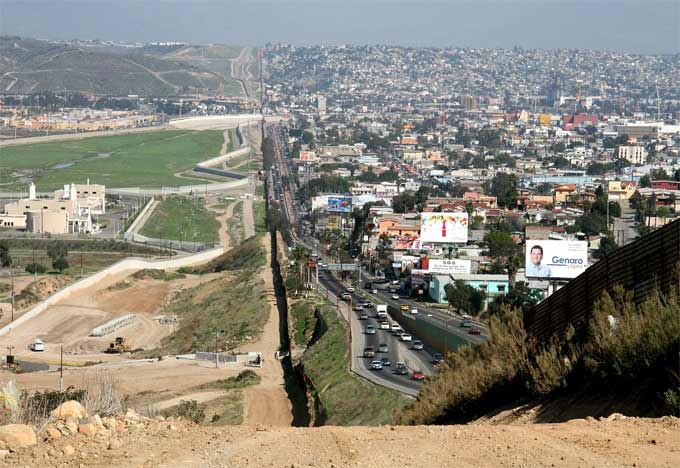 The level of sanctimonious hypocrisy has certainly reached a new level among the liberal elite. All of a sudden, on Father’s Day weekend, they decide to launch a campaign to stop the separation of children from their illegal immigrant mommy and daddy. The numbers are staggering, but that alone should help to explain exactly why it is that the US must secure it’s souther border once and for all. Breaking the cycle of illegal immigration was never expected to be easy.

The liberal elites like Nancy Pillowsee, however, really do take the cake. Since the rise of the feminist rebellion that started in the 1960’s divorce rates and incarceration rates have skyrocketed all across the United States. But, that doesn’t mean families are being ripped apart and kids separated from their parents, does it? Well, no, not if you consider a single mom to be “parents.” Which already led me to say on Twitter that all the Chiquita’s need is a “metoo” of their own. Then, the hombre will still be in jail, the kiddos will still be in state sponsored daycare, and mommy will be empowered to go shopping.

All they need is a "metoo" for the chiquita's. Then, the hombre would still be in jail, the kids would still be in state sponsored daycare, and the mom would be empowered to go shopping !!! Just like California… or Chicago.

The situation on the border looks so much like modern day life in the United States, isn’t it a good idea for the ones who might get to stay to get a head start on Americanization? I mean really, divorce, ripping kids apart, sponsored daycare, putting men in jail – that really is the California national policy… or is it Chicago – right? Why should illegal immigrants get to have a better life than the rest of America?

Chicago, by the way, is where drug lord El Chapo had his $10 Billion drug cartel set up shop to run their world wide business dealings. It stands to reason that his Chicago based infrastructure had once been comprised of many illegal immigrants from Mexico. No, not all illegal immigrants are all that bad, but when 50,000 foreign nationals are crossing the border illegally each MONTH, how many drug lords, rapists and criminal gang members is OK? I also note by the way, that in Chicago alone more people are shot within an 18 month period than there were lynched in the entire United States in the entire 150 years prior to 1950. How cruel and inhumane is it to continue ignoring the problems of broken families and the collateral damage the comes with it – without adding millions of illegal immigrants to that mayhem.

Aside from all that, most illegal drugs come from Mexico, much of which is the really bad stuff that originates from the Middle East. The terrorists already have channels that flow across our southern border. How long will it be before a Middle Eastern terrorist successfully smuggles a nuclear suitcase bomb into Dallas or Houston? It’s a wonder it hasn’t already happened.

Trump administration officials are adamant, there is no “policy” of separating children from families in Chicago. When a US citizen in that town commits a crime, however, they go to jail WITHOUT the kids. That’s the way it works at the border. Mommy and daddy did something illegal, they have to go to jail, but kiddo, you get to stay in a state sponsored daycare. I still fail to see how that is much different than what American citizens are already dealing with today.

The bottom line is really pretty simple. The southern border has to be secured, and would-be illegal immigrants have to be made to understand. Don’t head for the United States unless you are prepared to get in line and go through the process for work permits, naturalization, etc. Building a wall on the southern border will remove their doubt and stop many from making a long and dangerous journey in the first place. We let a lot of folks in every year in a legitimate and orderly fashion. We are the United States after all.