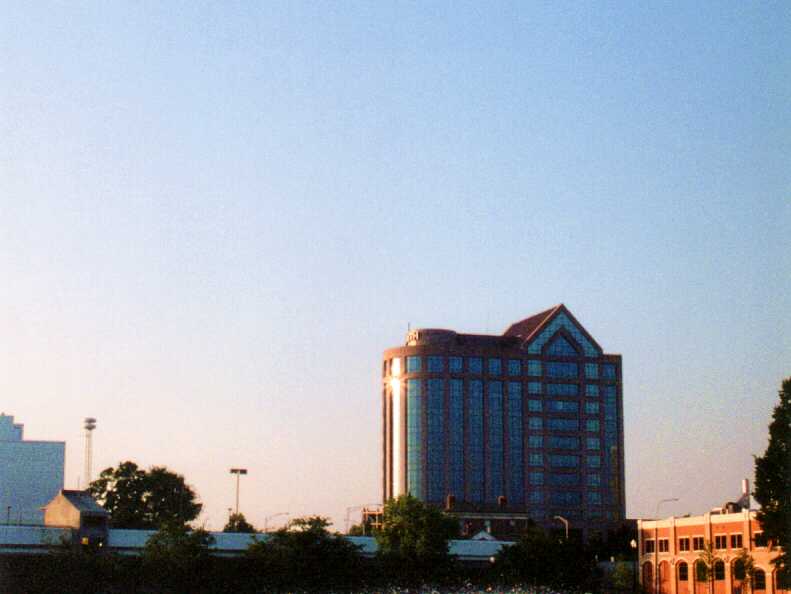 One In A Million Billion Dollar Sky

LISTEN TO BILLION DOLLAR SKY IN MY FINEST RENDITION OF FARSEE

One can little argue that the impact of the Trade Center bombings in New York on September 11 was felt by, and ultimately impacted, all Americans in some way. If you didn’t know someone who was killed in one of the towers, or even someone in New York, chances are that you watched the scene, in awe, of the crashing planes, and the collapse of the towers — probably not once or twice — but several times. And maybe you didn’t loose any money in the stock market as it came tumbling down too, but the economy that you depend on has also been affected, and the recession that was sparked will affect inflation, and the price you pay for almost everything. If you were traveling, you felt the frustration as your flight was cancelled, when all air travel in the country was grounded.

But did you notice the billion-dollar sky?

I guess there are still places in America, mostly in the wide open planes states, that few jetliners ever cross the virgin sky leaving the telltale “watermark” vapor trails. In Huntsville, there still isn’t much air travel compared to the big hubs like Hartsfield in Atlanta. Even still, there is rarely a moment when one can look the horizon and behold one of God’s most beautiful creations, without the intrusive and unnatural vertical lines left by the speeding jets. Most probably, you’ll see the culprit, or at least some other shiny tin can like object hurling itself along amoung the clouds. Worse yet, it’s a fairly likely bet that one of several local helicopters will be on one of their incursive daily flights, usually flying low enough not just to assault the eye, but to also assail the ear.

By the evening of the onslaught, I also was preoccupied with news coverage of the cascading towers, and although I had indeed taken notice of the pristine expanse above me, I had not yet taken time to realize just how rare and monumental the occasion of the “empty sky” really was. The next morning I went about my routine as usual, and while eating my breakfast eggs, I sat in anticipation of phase two. Still stunned, I’m wasn’t too insentient to realize that a second attack of some kind would fit right into a larger and more ominous pattern. So, still, I wasn’t to concerned with the billion dollar sky, except that if there had been any low flying planes in the area, I surely would have been the first to notice.

Then on Thursday afternoon around four o’clock, I sat down on a bench in Big Spring Park, and looked to the horizon. By now, the numbness had begun to wear off, and finally it hit me. Never …NEVER …in my lifetime had there been a moment when there were no planes flying in the air anywhere. Not once. I looked at the skyline, and the clouds, and what would prove to be a beautiful sunset anytime, and I felt it. Part of realizing the moment, was in knowing that there were no planes in the air. There was no danger that a jet would come screeching by and scrawl it’s ugly and unnaturally undeviating chalk line across my view of the beautiful red, gray, pink and white rolling clouds surrounding the sun as it gently wafted toward rest beneath the horizon.

Almost feeling overwhelmed at the realization of this literally once in a lifetime gift from God, I purposed it to move to another vantage point so as to fully appreciate the last few moments of an event that will probably never again occur in my lifetime, if ever at all again in history.

When I got to the other side of the park, where the ducks were preparing for the flight to their evening haunt, I noticed the Christians had gathered for a memorial service in honor of the dead in New York City. The assembly faced the southeast where the podium had been placed, as the speaker led the service. With their backs to the most beautiful sunset in modern history, they prayed for the dead in New York City. And I suppose that if calling the “empty sky” a gift from God is offensive to some, what I thought next will likely seem equally insensitive to them. A verse from The Bible came to mind.

KJV Matthew 8:22
But Jesus said unto him, Follow me; and let the dead bury their dead.

And I did. The idea of joining the memorial service at this moment in time was ludicrous. Certainly, the memorial was well meaning and appropriate, but also certainly could have been held earlier in the day, or even later in the evening. It isn’t my intention to be critical of the people who blindly said their prayers. They made their choice on that day, probably still stunned themselves at the events that had happened. Sadly, for those who were too busy, or still too stunned, to notice the empty sky — before the planes, jets, and helicopters slowly but surely mounted their perches and took back over the airways — there will probably never be another empty sky.