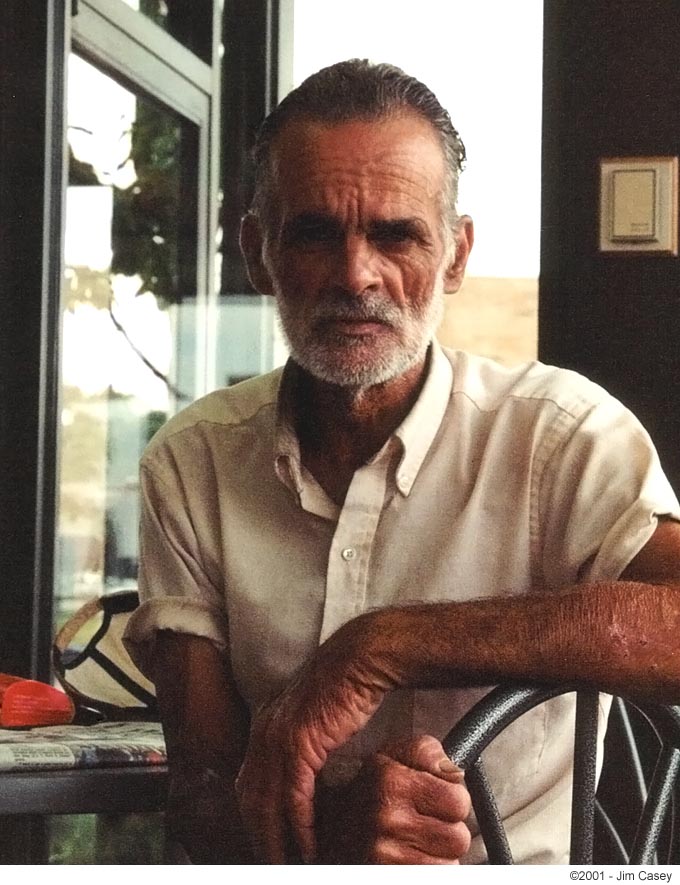 Marvin… Was A Friend Of Mine

Maybe “casual acquaintance” would be more accurate. As it happens, I was looking through some old 35mm photos recently and stumbled across photos of Marvin I had taken at McDonald’s way back in 2001. Since I just did a story on the hucksters of homeless people, I thought this would be a good follow-up.

Folks around Huntsville will remember Marvin Pogue as the high profile homeless veteran who was frequently seen heading up and down University Drive, or maybe the Parkway, with his grocery cart. Marvin passed away more than fifteen years ago in 2003 and was laid to rest in historic Maple Hill Cemetery.

One time I remember talking with Marvin was when we crossed paths as I was leaving Madison Square Mall. He ambled over with his cart and started chatting. Next thing I knew, he reached for his wallet insisting that he give me a dollar. Well, as it was I didn’t have any cash money on me but I hadn’t made any attempt to pan-handle the pan-handler. It seemed important to him to be generous, and so I accepted his offer gracefully.

In fact, I think he wanted me to know something. When he whipped out his wallet, he had it opened where I could see that it was stuffed full of cash, much of which was larger than one dollar bills. Marvin had money. It was perhaps a mis-perception that he was flat broke and destitute, even if he didn’t have enough to rent fancy digs. For whatever reason, retirement or disability or veterans benefits, he apparently got a check on a regular basis.

At this point, I can’t honestly remember whether that encounter occurred before or after the chance meeting we had at the McDonald’s, where as happenstance would have it I had my camera with me, and I took the photo above. And again, Marvin was leading the conversation insisting that I take his photograph. At that time I was still getting started with my website and have always refrained from photographing people outside the context of a public event. Either way, at the time I was focused on other events and wasn’t inclined to conduct an official “interview.” And so, the photos I had scanned ended up on a backup disc that only recently resurfaced.

At the day let it be said, for his sometimes gruff appearance and dogmatic expression, Marvin was in fact an amiable, and honorable man. Rest in Peace Marvin.

The Homeless War – In Your Own Backyard