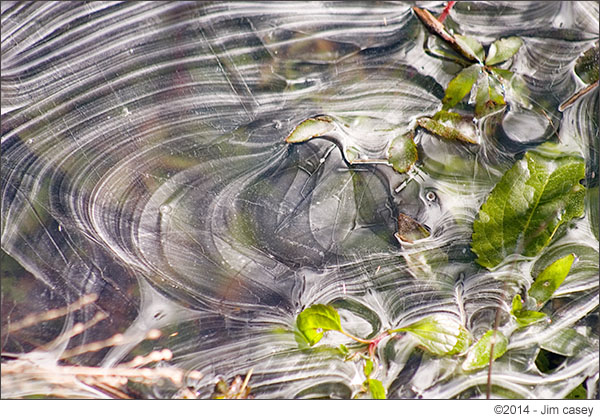 I stepped outside last week after heavy rain was quickly followed by the polar vortex that drove overnight temperatures into a deep freeze and found some interesting patterns in the frozen ice in a nearby drainage ditch.

What creature is that? Beats me. I didn’t even notice the abstract impression until after I downloaded the shots. When I went back to look later, after the ice had melted, there was nothing but leaves and brush in the ditch.

Beware! Maybe it was something Herculean Grumpy Cat left behind…