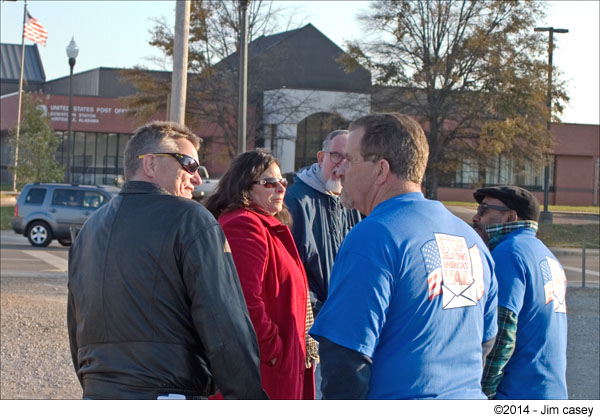 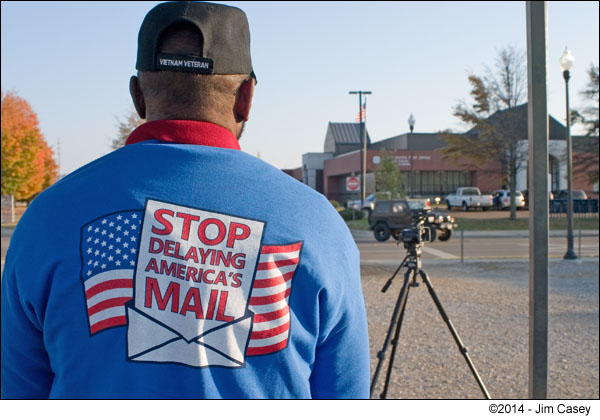 Just minutes ago United States Postal Service employees gathered in frigid weather near the downtown station on Clinton Street in a nation wide protest of service changes due to take effect on the first of the year. The lower standards will result in virtually no first class overnight deliveries, according to protest organizers.

Some reports indicate that the Post office has already lost a quarter of it’s business, and additional losses are forecast for coming years. The loss in business has resulted in a loss in revenues, but according to some perspectives the Postal service has become self-sustaining, and the more recent deficits are due to unfair accounting practices by Congress.