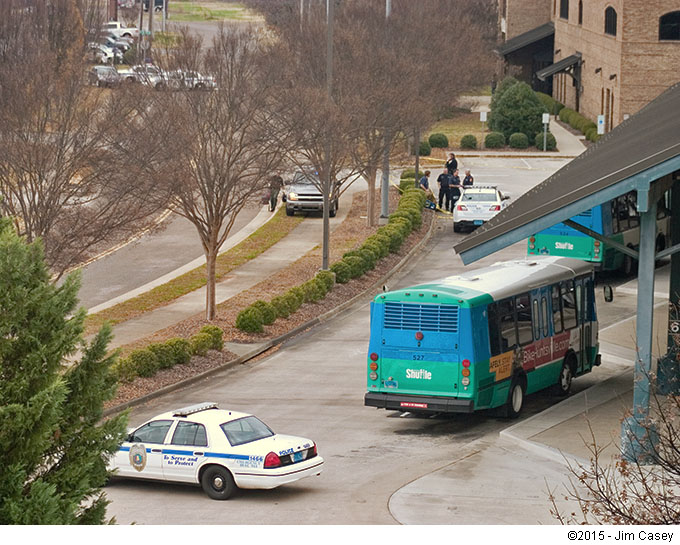 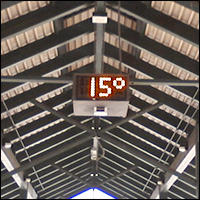 Abig scuffle broke out at the Huntsville City Bus Transit Station downtown on Friday morning, December 11th. A Huntsville City Police Officer prevailed and reigned in John Lee Bullard for throwing rocks and altercating with other transportation bus riders. Shit hit the fan, but did not fly. The unnamed police officer sustained apparently non-life threatening injuries, and is reportedly convalescing at a nearby Hospital. John Lee Bullard was taken into custody and charged with felony assault. Upon being escorted into the county lock-up, John Lee was asked if he has any regrets, to which he replied: “She’s done been plotted. She’s done been plotted.”

Unconfirmed reports indicate that the alleged assailant went hopping around the bus terminal hollerin’: “John Lee, John Lee, …that’s me Sheriff,” and something about, “there’s still time.” The police officer is also quoted as saying: “John Lee you got to stop doin’ that.” It is not known what the irrational rantings were all about.

In this situation, like many others, what happened and who is involved isn’t as important as the intended propaganda results. Obviously, the event was deliberately staged in advance to corroborate a subversive agenda. And, while it does appear at first glance that the officer involved attempted to perform his job in good faith, there is still little doubt that John Lee Bullard has been manipulated, exploiting whatever mental illness he may have, or not, and that he is ultimately a victim of what amounts to terrorism, and extermination by incarceration.