The presentations in this category are factual reports and should be taken literally and at face value. Although I have presented other works that are parody or satire, The Huntsville Neo-Nazi Consortium is not such a work. The events are real, and the victims are real, and the injuries are real. 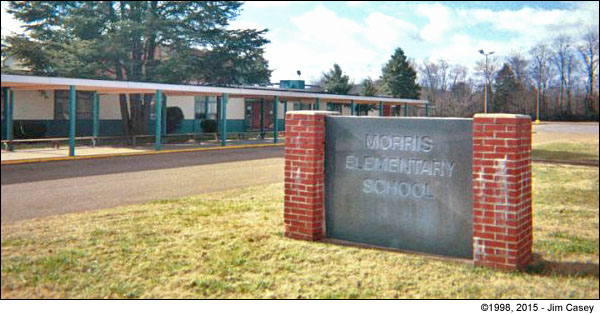 The epicenter of this series is the elementary school where I was a student in the early 1970’s, Madison Pike Elementary school – located in the immediate shadow of Huntsville’s US Space & Rocket Center museum. The School principle at that time was a fellow by the name of Lewis J. Morris Sr. The school was subsequently renamed and now bears his name: Lewis J. Morris Sr. Elementary School. Lewis J. Morris Sr. played no direct part in the abuse of students, that I am aware of, except that he left the front doors open to a parade of individuals who did engage in proselytizing, indoctrination, and psychological and physical abuse. 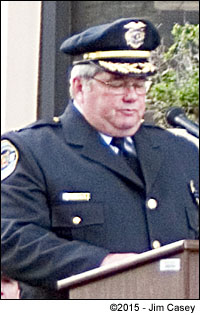 Of course, many things have changed over the years, and the elementary school is no exception. The demographics of the school are very different now, and the building is soon to be closed as the school system evolves. Whether there are any of the original staff still at the school from that time is doubtful. However, I won’t be changing any names to “protect the innocent.” And, while many things have changed, unfortunately, it seems doubtful that the conspiracy of abuse has been eradicated, and in fact the evidence available suggests that this process of abuse still exists within the Huntsville City Schools system.

Lewis Jr. has been the police chief since April of 2012. Just as I was publishing the previous article in this series about Loretta Spencer, Huntsville Mayor Tommy Battle and Lewis Jr. announced his retirement from the police department – effective on Monday, September 1, 2015, which is just two days from now. I say this because I hadn’t planned on exposing his profile until a little later, but of course it seems most appropriate to do so prior to his leaving.

Not long after that, Mayor Battle made what appeared to me to be a rather oblique announcement saying that there would be a lot of department heads retiring in the next ten years, and that there are plenty of rank and file with experience ready to step into their shoes as they also leave. Well, I don’t know, if Tommy Battle was suggesting that there’s plenty of opportunity and he likes to promote from within, or he was giving a warning to department heads who find themselves reluctant to follow administration policy.

If the implication was the latter, and if it is to be assumed that Mr. Morris Jr. has been given his walking papers in a politically polite way, then Tommy Battle should probably be teaching geometry. Because, it seems apparent to me that Morris Jr. was promoted to chief in the first place as a political payoff for the role his father played – which by extension also facilitated election rigging. Although not my proximate intention, my example is his example. And, therefore, it also seems obvious to me that there has been a string of relatively short term police chiefs, each taking their place in line to top off their $100k+ incomes and finally their 401ks for their sunny retirement days. That translates into a lot of political money that trickles down into each of the affinity “gangs” that the chiefs appear to each represent. To hell with the victims and collateral damage.

The system of payoffs, however, is a disservice to the people of Huntsville. In fact, one of the biggest problems facing the country today is the corruption, and the gang affinities, in the municipal police departments all across this country – and most notably as evidenced in Ferguson, Missouri. Huntsville hasn’t seen the same kind of unrest as Ferguson, in part because Huntsville is a relatively wealthy city. However, there have been many, many questionable events involving Huntsville police officers (TOCC.tv keyword: gestapo), and an obvious effort to cover-up that activity with the appointment of the so-called “Citizens Advisory Council.” The CAC is a collection of handpicked “yesmen” that have shown from the very beginning that they have no intention of applying any real scrutiny to reprehensible, if not illegal, behavior by police officers.

Aside from the corruption, short term police chiefs are contraindicated as a means of bringing stability and consistency to the police department. Mr. Battle might answer with the so-called “super-chief” but in fact, the super-chief concept seems to divide and deconcentrate authority and discipline within the police department, thereby allowing the sub-cultural affinity groups more latitude to assert their personal agendas, and conspiracies, as they go about their law-enforcement duties. It is a recipe for (local) disaster.

Adding it all up, it was time for Mr. Morris Jr. to part ways with the City of Huntsville, however, it would also seem that Mr. Battle, acting as his chauffeur, should probably say in the vehicle with him until they both reach a new destination.