Digital Revolution | Life Is Good, Then Again Maybe Not 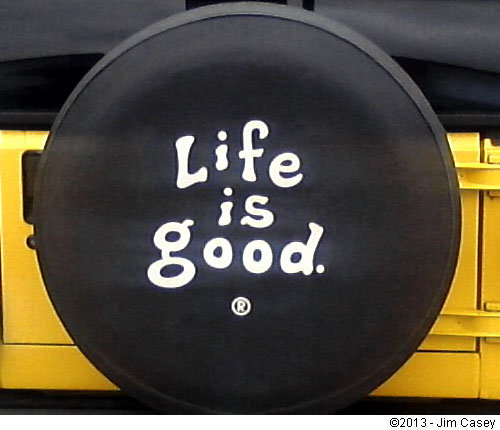 Back on April 28th I uploaded a an introductory page to the Photography section of TOCC TV. On it I explained that these days I don’t get to spend much time pursuing photography, but that occasionally I get a good shot using nothing more than my 2mp LG almost-smart phone. Since these days I don’t pro-actively look for news stories to report, opting instead to focus on editorializing, when I do see a relevant scene to photograph and share, I guess that’s pretty good enough for my one man circus website.

Little did I know my precedent would once again place TOCC TV on the leading edge of the Digital Revolution. Because, much to my amusement and leaving even me a bit chagrined, I ran across a story by The Pointer Institute just a couple of days later announcing the Chicago Sun Times layed off it’s entire photo staff, opting to use freelance photographers and scribble writers already reporting the story instead. They are going so far as to train their writing reporters on how to use their iPhones not just for still photography, but for video as well.

So, while I think that’s ok for my venerable publication, it really is a bit disconcerting for mainstream media to be at a point where they think that approach is necessary. I am perfectly capable of being a good reporter, and a good photographer, but as one account suggests, it’s tough to do both. Engaging the scene as photographer, and engaging the people involved in the story, really are two different things. Sometimes, the camera says one thing, and the people say something different. Changing perspective and train of thought on a dime influences the outcome of both and while the finished product maybe just as good, it likely won’t be the same as if two professionals were focusing on a single forte at a time.

Of course, this is one more aspect, and set of casualties, as the Digital Revolution marches onward. Not all the “advancements” have been good – as we most recently have seen the unconstitutional invasion of privacy by the NSA – also enabled by the digital advent. In the media business there probably has been as many winners as there have been losers. However, I suspect that while the one man circus will remain the same, as it really always has been, the sometimes painful shakedown of the mainstream will ultimately continue to include both photographers, writers, and videographers – even if they sometimes crossover.

The action by the Chicago Sun Times does seem to be congruous with other changes that are still molding the new digital and media world. I still look anxiously on as one institution after another raises their pay wall. How very sad for someone who has become spoiled on the prosperity of abundant information. Then again, maybe not really too sad. Because, the more pay walls there are, the more likely quality content can be supported by advertising alone. And, the more likely a good one man circus like me will be able to attract a few more viewers who find their frivolous options are no longer available. It’s almost hard to imagine. The Digital Revolution that began in earnest more than twenty years ago is so encompassing that the shake down still isn’t finished.