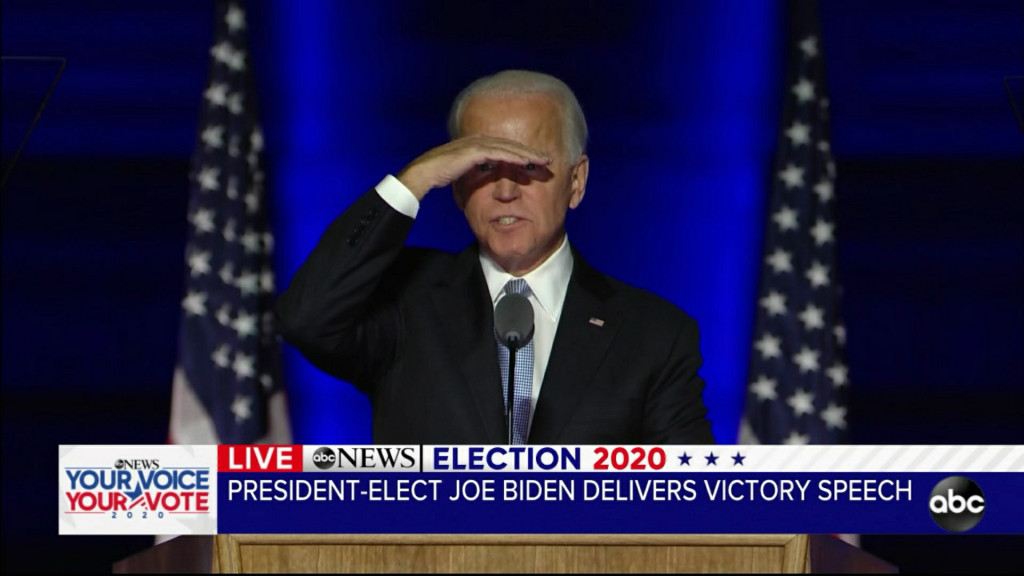 Will Joe Biden Really Be The First Chinese President?

I guess I missed something here. No one has declared Joe Biden to be president elect yet except Joe Biden and the fake news media. The legal challenges are flying and fraudulent votes are being exposed everywhere. There are so many dead people voting, they already got together and made their own TV show.

Even though China Joe has not yet been declared the official victor, he’s already attempting to impose unconstitutional state control over healthcare in a sweep designed to subjugate the people while casting a smoke screen over the China Virus conspiracy.

Monopolistic media platforms Facebook and Twitter, ostensibly on behalf of China Joe’s emerging politburo, are now censoring information presented by Donald Trump and the opposition party. Even MSM organizations have refused to air opposing facts and opinions by resistance leaders.

The biggest fraud in this election, however, is the China Virus. It continues to be beyond my comprehension how the public and the media so easily accept the China virus as happenstance. It is not. It is conspiracy and it is deliberate. 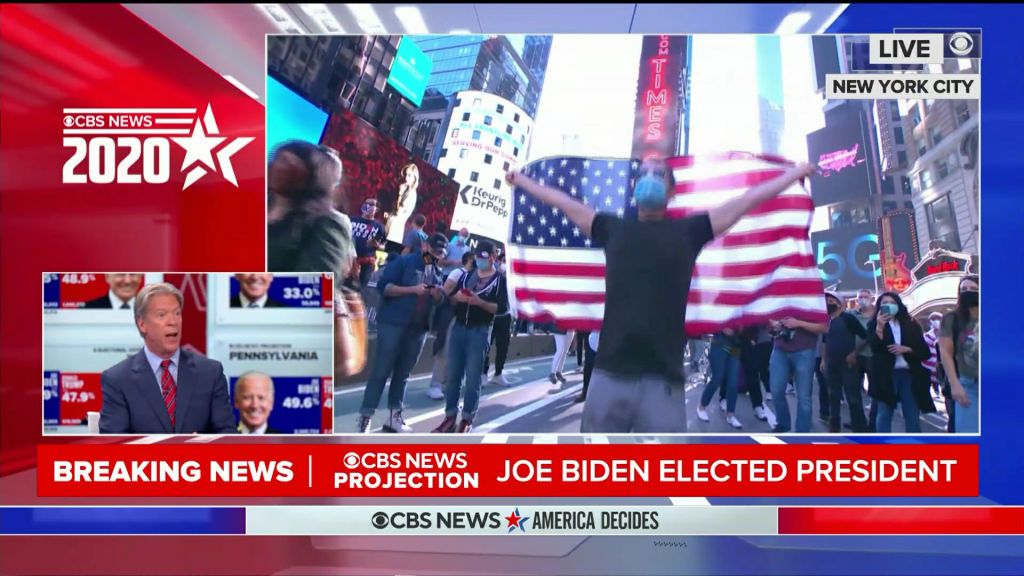 Major Garrett of CBS organization gasps on Saturday Nov. 7, 2020 as a communist sympathizer cloaks himself in an American flag during a rally celebrating China Joes premature and disputed claim of victory in the U.S. presidential election. (Img courtesy MSM)

As the conversation goes, the Chinese didn’t unleash a worldwide pandemic to influence the American election. It’s just something they do every hundred years or so to indoctrinate the world into communism, and sorta cleanout the useless old codgers and undesirables. That may very well be true. It’s something the Japanese call the 100 years war and it’s a real thing.

Of course, if you accept the deep state conspiracy as inevitable, and ride it’s coat-tails to your political advantage, you’re reluctant to put the biolgical warfare, the attack, on the public table to be scrutinized and responded to. If killing more than 100,000 in the U.S. alone isn’t an act of war to be responded to – what is? And yet, there still isn’t widespread concensus or discussion in the fake media about this – reality.

There is no doubt, the China Virus set off a chain reaction of civil unrest and overall discontent that influenced the election against Donald Trump. His win would’ve been clear-cut otherwise. The “democrats” and Joe Biden obviously have no qualms about leveraging an act of war by another country against the U.S. for their political gain. These are the people who excused the occupation of Portland for three months by leftist guerillas.

If Joe does take office as the first Chinese President of the U.S., it really would be poetic if the high-risk, nearly 80-year-old-codger contracts the China Virus and keels over before his presidential term is over.

That would also bring on some truly interesting scenarios. With Kamela Harris as president, Oprah would finally have a clear path to the White House – if only as Kammy’s veep. If two black nanny’s running the United States wouldn’t amount to communism, I don’t know what would.

Don’t misunderstand my perspective. The “democrats” have some grievances and elections are for airing grievances. But, if Kammy the Asian black female gets to be Vice President by destroying the legitimate democratic process, it raises more concerns that supecede her historic ascention. And let’s face it, she’s not really too black anyway.

Oops. Did I segway to Obamacare? Yes I did. Because, Obamas blackness didn’t give him license to be aksing funny when he appointed himself king. Yes he did. Even Barrack Obama conceded Obamacare imposed a tax. That’s a no no for the executive branch because it literally places the president in the monarchs throne. It’s a big reason why we left England.

So, if everytime the “democrats” “win” an election it’s due to illegal influence, acts of war and then they impose tyranny and communism – we gotta problem. It’s tough, but the legitimacy of the process is what makes this country great in the first place. Constitutional checks and balances are absolutely requisite to the survival of our nation, and civil equality, and more important than the immediate grievances.

I don’t care how President Trump goes about exposing this election as fraudulent and illegally influenced – just so he does – because it is. If China Joe is finally officially certified as president, I suppose President Trump will step aside gracefully. Until then, I wouldn’t cooperate with any transitional activity, or make Joe Biden’s coup easier in any way.