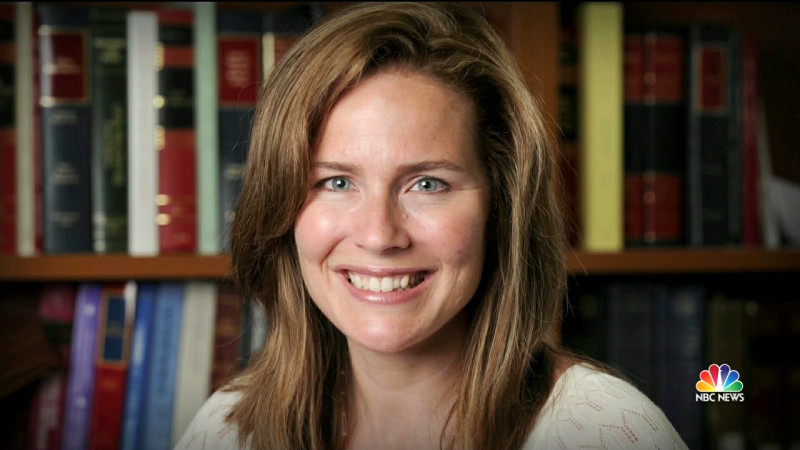 Ms Amy Coney Barrett is an exemplary choice for the Supreme Court. Her credentials are impeccable, and as a woman, she is above the accusations of sexual harassment by the so-called “me too” crowd.

I’ve always supported a woman’s right to work if she so chooses. I have always been vocal in supporting fair wages and benefits for women when they do work. And, I am certainly pragmatic in understanding that some women work because it is neccesary, especially single moms.

Still, it is impossible for me to give a full endorsement to a woman who has seven school aged kids, most in elementary. In my book, that’s a deadbeat mom.

You can argue that her wonderful darlings are well behaved and likely to be successful. “A woman can have it all.” In truth, the rest of the real world doesn’t work that way. Ms. Coney has been on the fast track with high-powered, high paying jobs her entire life. Her husband is similarly priviledged. They can afford to spend money on the resources and attention for their kids that few others can. It isn’t a good social model or example.

In spite of the fact that she is conservative and pro-life, I suspect that while she might overturn Row v Wade, she isn’t likely to recognize abortion as being fundamentally unconstitutional – making it illegal across the board – and would instead send it back to be decided on a state by state basis.

I am also concerned that her deep Catholic underpinnings may lead to a reinvigoration of the eugenics and ethnic cleansing protocols commonly accepted in this country prior to WWII, in spite of the fact they are human rights violations and brazenly unconstituional.

A big reason why RvW must be recognized as unconstitutional and be made illegal across the board is that the ultra-left feminazis have successfully indoctrinated a generation into accepting the protocols of Nazism, often without even realizing it. The moral and ethical degradation caused by the false and deceptive doctrines are unsustainable and already largely responsible for the sharp divisions and social unrest in the country today.

We do not need for Ms. Coney Barrett to lend more legitimacy to a different method of Nazism by right wing conservatives. It’s all human rights violations and unconstitutional. When Nazi left meets Nazi right all you end up with is Nazi.

That having been said, Mr. Trump has made a brilliant political move. Ms. Coney is conservative and will make improvements in law and policy. The diversity fascists whose arguments are usually long on utopian ideas offering little functional substance, have little to say because she is a woman. And, whether I agree or not with the poor social example, all sub-cultural variations deserve representation.

Ms. Coney is the best Mr. Trump could do. She will be confirmed and even in the unlikely event Mr. Trump is not reelected, she and his other picks on the SCOTUS will change the course for many years to come.

The caveat and footnote are the threats by socialist extremists to pack the SCOTUS if they do win this election. An escalating spiral to overthrow a legitimately appointed Supreme Court would essentially be war. Let us hope Mr. Trump will be reelected so that the extreme left will have time to grow, mature and calm down as they regain their moral compass and a more ethical and moral foundation foments.