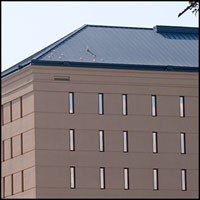 Obama Got Your Face

For the facial recognition record, it is my opinion that state legislator Mike Ball should shut his mouth and swallow his own cannabidiol oil.

Today, when you go to the store to buy your goods and services, you will be met with an additional one percent sales tax. Last fall, right before Christmas, when no one was paying attention, the Huntsville City Council unanimously passed the sales tax increase – and today is your lucky day!