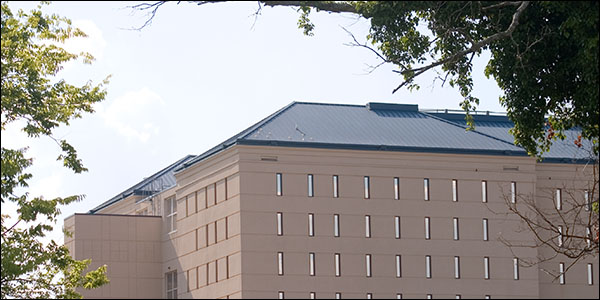 So, if it weren’t so serious, it would really be comical. I might have said: “The Gestapo Strikes Again,” or “Here We Go Again,” or make some other statement about the recent death of Benito Albarran while in the infirmary at the William E. Donaldson Correctional Facility in Bessemer that ought to be obvious, and yet even in the light of Ferguson, and New York, and Baltimore… the public and media just doesn’t yet seem to understand. There is a pervasive problem with corruption in the legal system that is often manifested by the unnecessary death of people who are often innocent of any serious crime.

For the record, it is my opinion that the obvious questions surrounding the death of Benito Albarran, exactly the same as Farron Barksdale, have not been adequately addressed, and that his death is frankly suspicions at face value. I am certainly no expert on death by hanging, but it seems to me that hanging relies on placing enough weight on the rope to break the neck of the victim. Am I to believe that jumping from the end of a three foot belt, less what it takes to wrap around the neck on one end and tie it off on the other end, is enough to accomplish breaking your neck? I seriously doubt that was the case. Then am I to believe that the supposed suicide was accomplished only by strangulation? I still doubt the probability that it is possible. More likely, it seems to me, that two or three big guys helped a bit by adding weight to the victims body as it was hanging – unless he was strangled while laying in bed.

But that isn’t even the point. There really shouldn’t be an excuse for someone to get away with committing suicide in prison. There have been a dozen(s) of cases in Huntsville and Madison County in the last ten years where the depravity of the jailer contributed to the death of individuals in jail who were either innocent of no serious crime, or who hadn’t even yet been convicted. Medical problems that need immediate attention go answered, other inmates are allowed to brutally murder while the guard conveniently looks the other way. Benito Albarran had been convicted of a serious crime, how much easier for the depraved of heart – guard or inmate – to ignore, or participate, in his murder? Madison County District Attorney Rob Broussard is quoted by Al.com as saying: “His sentence is what has now happened.” As though the end justified the means. It is yet another testament to the unethical and amoral character of Rob Broussard.

This discussion is not about Danny Golden, or about the crime and punishment of Benito Albarran. This discussion is about who we are as a society and culture. We can exercise freedom of speech whether it offends someone or not. We can do a lot of things that someone else may not agree with. They choose their own credo. But, there is a baseline of rules that are universally accepted and legally codified. How many times have we heard, or said: “We don’t do things that way because then we become like them.”

Public officials, like Rob Broussard, Bob Bently, Blake Dorning and Tommy Battle must be accountable for their negligent and irresponsible attitude toward the legal system. And it isn’t always a case of funding either. When it is a question of funding, the moral and ethical answer is easy. You cannot incarcerate people if you cannot be responsible for their well being while they are in your custody. There are plenty of non-violent offenders whose sentences can be reduced, and law enforcement can reevaluate when an arrest takes priority based on whether it’s a serious infraction, whether there are actual victims, or whether the “law” in violation is arbitrary, especially in areas where public sentiment is changing – such as marijuana use. Then, a shift of inmate population can occur whereby the resources available are congruent with the size of the inmate population.