It is almost incomprehensible. It is so far beyond the pale, that it is unbelievable. It is dangerous. Really dangerous. And yet, where are the outraged fans, community groups, mental health advocates, and church leadership? 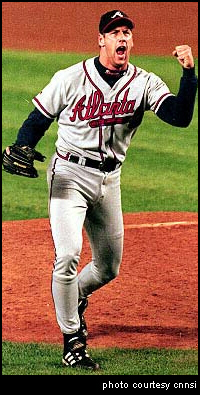 Baseball commissioner Bud Selig says, “Mr. Rocker’s recent remarks made to a national magazine reporter were reprehensible and completely inexcusable.” Well, then, Bud don’t excuse him. If discipline is in order, then take action. Do not, however, threaten the man by forcing him to submit to a psychiatric exam. His remarks may have been politically incorrect, but that is not the same as mentally unstable. And it certainly does not warrant this kind of attack by his employer. It may be that baseball has come to take the term “owner” a little too seriously.

It is a threat that could potentially be tantamount to a felony conviction in many states. If the shrink decides, based on his roulette wheel of psychiatric disorders, that the fella is worthy of a some certain diagnosis, then he is permanently branded in a way that will follow him for the rest of his life. Long after he has left the baseball diamond. In some instances, it would be the automatic denial of Constitutional rights. There would be no judge, no jury, no trial. No due process of any kind. Simply put, he would suffer the loss of rights that would compare with being convicted of a felony, at the whim of a psychiatrist, who may or may not have the intent to act in the best interest of his client. Because he made politically incorrect statements.

Whatever your salary is, Mr. Rocker, it isn’t worth what they are attempting to force you to do. My advice is, tell them no, then quit and walk away with what you’ve already got. If they show remorse for attempting to extort you into a political mold that doesn’t suit you, then you could reconsider playing for the team again. You HAVE shown remorse and apologized. That is enough.

Beyond that, the comments were brash, but inexcusable? If you’ve never driven a car in rush hour traffic and yelled at the idiots who don’t know how to drive, then I would have to suspect that you’re a liar, or there is something seriously wrong with you. Toll gates? There again is another long diatribe that I could give about why essentially public roads have become charging checkpoint charlies. Could Bill Clinton please explain why some people in the United States are allowed to use the freeway, when someone else isn’t. Or didn’t you realize that that is the effect of charging to use roads that essentially are and should be public. “Woe be unto him that fences the land.”

Homosexuals? They need salvation, the Bible says so, I believe it, and so do most of the so called Christians who drop in to watch the Braves. Or have you forgotten everything your Bible has to say? No, it doesn’t say you’re supposed to murder homosexuals and burn them at the stake, or use derogatory language to refer to them in discussion. As if “homosexual” weren’t derogatory enough. The lie of inherent homosexuality, by the way, is propagated by the same medical “experts” who would be examining Mr. Rocker’s mental stability.

Racist? He didn’t even use the “N” word. And as far as I’m concerned, I’m not too impressed with people who come to the United States and are granted citizenship without being able to speak English. Global Village? How can you get to know your neighbors if they don’t speak so you can understand. Who does like sitting next to someone with their mouth running when you can’t understand what they are saying. Fat monkey? Please. Bill Clinton is a fat monkey. And if I recall correctly, someone else seemed to think that former Alabama Governor Fob James was a fat monkey too. Did anyone go to the loony bin for that?

From the original Sports Illustrated article:
On ever playing for a New York team: “I would retire first. It’s the most hectic, nerve-racking city. Imagine having to take the [Number] 7 train to the ballpark, looking like you’re [riding through] Beirut next to some kid with purple hair next to some queer with AIDS right next to some dude who just got out of jail for the fourth time right next to some 20-year-old mom with four kids. It’s depressing.”

Bob Selig needs a serious reality check himself. About the only thing in that paragraph that really seems to be out of line is the use of the word “queer.” Rocker’s perception of New Yorker’s may even be incorrect. I’ve never visited there myself, but to be honest, based on what I see in the news media and on television, Rockers perception is pretty accurate. That may not be true to life, but if it is, it would be depressing for me too. And for most everyone else in America I’m sure.

Taking political prisoners in this way isn’t exactly a new concept. The most dangerous part of this situation is the message that it sends to a largely naive and unknowing public. Not unlike the bigger picture in Seattle, one thing is said, but another ought to be apparent. There will be many people who will easily come to accept the idea that they are unstable if they question some political agenda. Then the wolf commeth. There will be many more people who will accept the idea that they no longer have first amendment rights in this country, because of the new imported fear of terrorism in the United States. Keep your mouth shut, stay at home, do not dissent, do not have a political opinion. If you do, you will be taken to the infirmary and placed on medication to calm you and ease your agitation, until you conform. Then you can go home, maybe.

If Mr. John Rocker caves in to the unreasonable demands of baseball, especially after he has agreed that his incantations were more colorful that were really appropriate, then we will have lost another major battle in the undeclared war on the United States.