Obama Get Out Of The Truck 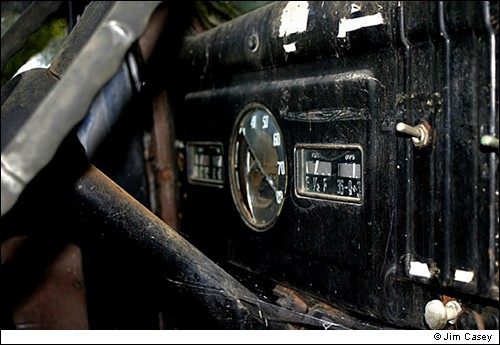 And here are the liner notes:

This is the most important record album I’ve ever produced. Well, the
only one so far, and I still need someone to write the rest of the
lyrics and the musical score.

All to honor Hank Williams Jr. And the release of his new country
album “Old School New Rules.” Honestly, forgive me Hank, cause if I am
a little bit hillbilly, I ain’t never made the cross over to country
music. Which is to say I don’t know much about the country music
legends politics except for what I have just read in the papers – i.e.
ESPN is no longer using his music theme for Monday night football
because he insulted Obama & Boehner.

He compared Obama to Hitler. He got in trouble for that? Obama just
birthed Romney’s universtal health care baby setting the stage for Big
Brother to take over and set requirements and restrictions on your
health care and procreations. I stated in another column that the
Medical Industrial Complex is the latest economic bubble to be
inflated and their new toy is human genomics, genetic profiling,
genetic engineering, genetic caste, and cut throat darwinistic
“fitness.” If that ain’t Hitlerism, I don’t know what is.

But Hank, you forgot one thing, football is sacred. At Penn State,
they knew Sandusky was playing with little boys. It was an in house
conspiracy. By God, if you step foot onto a big college campus know
this – you do not mess with the football program. College students,
the coaching staff, and the administration are first and foremost
professional fans – it’s part of their deal – and if raping little
boys is the collateral damage, then all the better to unify the cult
of silence. Professional relationships forged and bonded for life.
Then they go to ESPN.

Sports, especially college sports and professional sports, has
outlived it’s usefulness. Back in the day – just look at the Crimson
Tide in the era of Bear Bryant – sports played an important role in
integration, and in team building amoung people from cultures that
were far more diverse in general than they are today. Today culture is
already kinda homogenized. Now, sports is about doping, taking drugs,
shooting steroids, cheating, and apparently sex abuse. Even in the
black community, where sports once offered hope for advancement,
achievement, and a way to get up, some have decried the damage done by
false hope and the focus on unlikely stardom instead of academic
success.

Hank, to my way of thinkin’, getting off the Super Bowl suspension
bridge is the best thing a red blooded, country loving, US citizen
could possibly do to clear their mind of the demented perspective that
sports indoctrination has imbued upon their thinking. Kudos to you,
you’re better off.

Politics is not a game. It’s not about being on the winning team. It
isn’t about being on one of two teams, because they are acting in
concert in a hand in glove dance that makes Michael Jackson look like
a munchkin. The sports indoctrination too easily spills over into
crafting public opinion, and therefore setting public policy. In the
2012 election, if you vote for Obama or Romney, you are going to
loose. They have already decided.

The only way to make your vote count is to understand this; vote like
a US citizen and not like you have to be on the winning team, or on
one team or the other.

I invite you to write-in my name, to share this website, and to
consider making a contribution so I can publicize a different way of
thinking. Together, we CAN take our country back – but we have to take
it from the democrats AND the republicans.