Michelle Obama Wants TO Bring Back Our Girls! 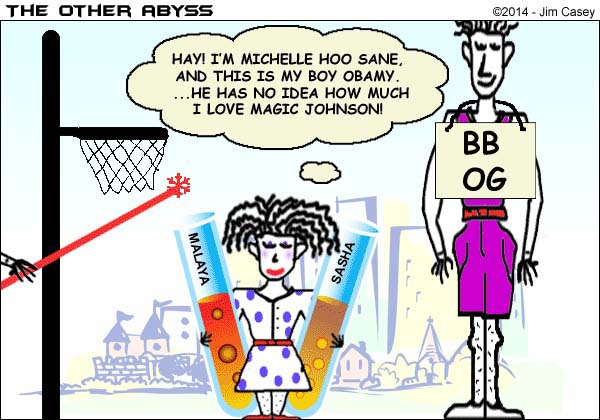 Everybody knows. The precious Obama girls, Malia Obama and Sasha Obama, are test tube babies that were chosen by gender. Whether or not they were simply filtered based on gender, or if they were the result of more sophisticated genetic engineering, is outside the scope of the knowledge I have. Whether Barack Obama knew is also unknown to me.

It’s astonishing to think that this conversation, especially in the light of Obamacare, hasn’t already been held in earnest in public. The Obama’s are certainly not the only ones either. I am certain in saying that most of the children of U.S. presidents since Jimmy Carter were also test tube engineered at least for gender selection. That includes Republican George W. Bush’s twins, Jenna and Barbara, Amy Carter, and apparent presidential contender Hillary Clinton’s little darling Chelsea Clinton. I don’t know about H. Bush’s kids, or Ronald Reagan’s kids, which isn’t to say it didn’t happen, just that I don’t know.

The moral, ethical, and legal questions, not to mention the influence on social policy, i.e. Obamacare, are not just relevant, they are the very foundation of this country’s future – or lack of. The kids were engineered for the economic and political benefit of their prestigious parents. Therefore, whether you call it eugenics, human trafficking, or indentured service, the ethical questions should be part of the public debate. It isn’t exactly ethical for the President to have a subversive, hidden political agenda only known by part of the electorate.

And, have you noticed the pattern? Doesn’t seem just a bit ironic that Barack Obama is blasting Donald Sterling, the owner of the NBA clippers, based on the mis-perception of racism, when he and Michelle have elevated sexism to a new level, by choosing to have – ONLY GIRLS! Girls are always more economically expedient, and noticing the trend, most if not all of the Presidential test tubes are also female. Will future presidents endorse or even mandate compulsory genetic engineering, paid for by Obamacare, to produce tall basketball players?

Finally, you may ask, how do I know about the test tube antics of the U.S. Presidents? Well, some of my friends already know that I became a CIA mole, and member of the diplomatic core, when I was only five years old. I was briefed on many important and classified issues. Except for what I publish on these pages, that’s really all I can tell you. I could tell you more, but then, well you know…