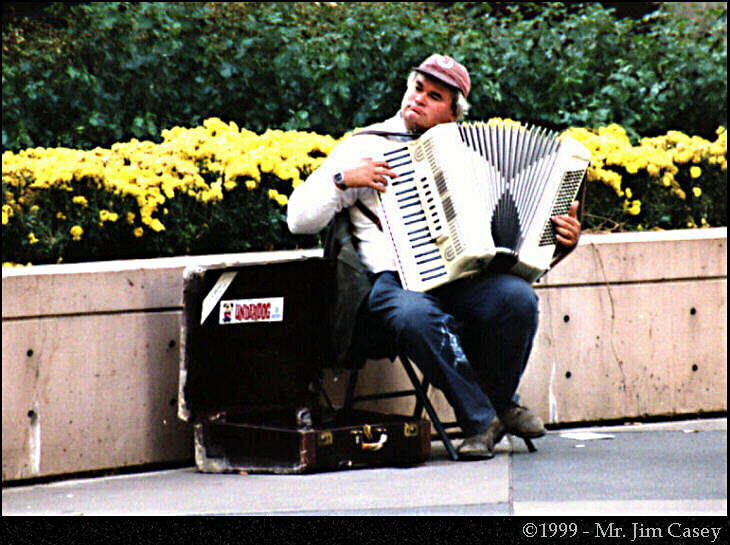 This fellow seemed oblivious to the hustle and bustle of Chicago streets. Although occasional spectators had dropped a few dollars in his case, he made no pitch other than with that of his instrument. He was quite good. I thought to myself that he could write an interesting book on his experiences.

Here’s another oldie from a “portfolio” of photographs I made and published in 1999. Every so often I see someone who I think must be someone famous. Maybe just a vivid imagination, but I still think this was Newt Gingrinch and he was following me around to see if I would notice. Heh, heh, heh.

A special note:
This photo is being placed in a new category that I am calling “Photography.” Well, it’s a big classification that will include original photos that are being posted for the sake of the photo, as opposed to the story. I am still in the process of figuring out this system and restructuring the entire website. Other photos that I have taken and that are posted with an article will be categorized at “snapshots,” since some of them are what I think are very good shots unto themselves.