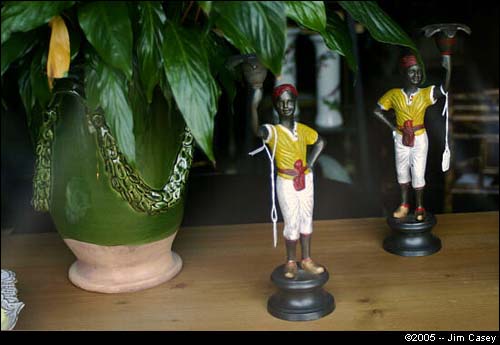 Is slaves on sale again?

There are few political issues where the ruling five per cent of
aristocratic fascists show their true colors as illegal immigration.

The debate is ludicrous. How can the American black community continue
to support illegal immigration when the equation already shows that
black men are the ones who pay most for the lost employment, and black
families who pay for the lost social services?

It’s easy to understand the so called “rainbow coalition” likes to
engage in demographic gerrymandering. It’s commendable that they see
the longer haul, and endeavor to win the bigger war. It turns out,
though, it’s also racist unto itself, a misguided, inappropriate, and
false accusation against white culture that they are racist. Of course
some are, but the jobs and prosperity are lost for black families.

And as it turns out, the plantation massers, some white and a few
black, are also in favor of illegal immigration. Weren’t the slaves
imported for cheap labor from Africa actually a form of “illegal”
immigration to begin with? The point being, labor – black and white –
are going to loose the long haul bigger war in spite of the
“successful” gerrymandering.

And then I begin to see there is another even more insidious undertow.
I believe most black folks are good Americans who believe in the
American dream of self-sufficient independence. More than ever,
ultimately due to the unavoidable demands of equality, human rights,
and unalienable rights recognized and embodied in the United States
Constitution, they are achieving that dream.

But black folks, just like all other demographic groups, be they
White, Jewish, Indian, Asian, Chinese, or… Hispanic, have their own
bad apples of leadership leading them astray from the Garden of Eden
and into the wilderness. They are sold out.

Now more than ever, foreign investments from all over the world
representing all of those cultures of origin, are operating and
exerting influence over the hearts and minds of all US Citizens. Often
those multi-national companies are not even based in the US. They are
here to make money, enhanced by cheap labor, unfair rules of
socialism, and more than I ever thought – communism, that further
narrow the margins of living standards, discretionary income, and
working conditions.

The United States already has a liberal immigration policy that allows
for many thousands to immigrate from Mexico and elsewhere, but in
numbers that allow for more seamless cultural assimilation, and a
healthier understanding of US values, in a system that works, as
opposed to one disrespected, dysfunctional, and overrun by
short-sighted, self-serving, culturally denigrating, personal gains,
and longer term fascist and greed oriented political and organized
crime agendas.

Someone Has Dropped The Ball

It’s wrong to blame Obama, as ORomney has. I began running articles on
www.tocc.tv warning of the influx of illegal foreign nationals when the
reign of W Bush was in full swing. HE could have acted on the problem
before it became out of control. But, the Republicans figured a then
healthy economy could stand more unemployment balanced against the
benefits of more slave labor.

I.e.. The debate in Arizona is ludicrous. Is the Supreme Court saying
the illegal immigrants still haven’t got out the river and entered the
United States, because it’s a federal jurisdiction? There are crimes
that are and should be prosecuted on the federal level. Illegal
foreign nationals should be subject to a uniform federal policy, but
it’s a street level crime. There should have been cooperative
coordination on every level, including the local authority to arrest,
detain, and export the illegal slaves to begin with. It’s not called
the Supreme Court of What’s Good for National and Foreign Business
Owners.

Frankly, I’m not convinced Obama was born here either. I don’t
understand why the first black president is necessarily a socialist,
or how, being raised Islamic and right after 911, he should’ve even
been elected… until I look at the Nazi bastards offered by the
Republicans… like Mitt Romney.

God save the US… PLEASE.